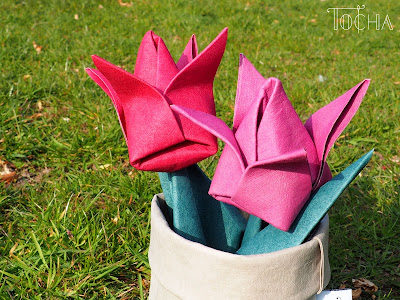 As you can see, I am still in a spring mood here. This time, I decided to try some Washpapa origami. It was something that I wanted to do since I bought that washable and sewable paper for the first time. I thought that looking into origami patterns could bring some inspiration to my traditional projects too. 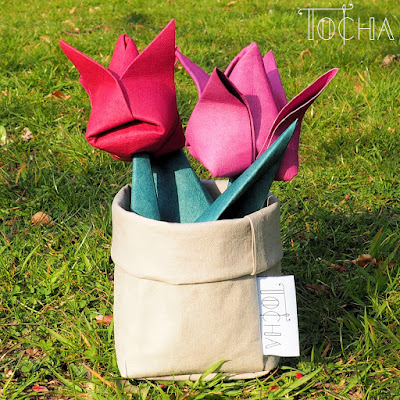 I found this instruction and decided to give it a go. I knew that it would be more difficult than folding traditional paper, but at the same time, it looks like Washpapa origami is going to last longer. For this project, I used 20cm x 20cm squares. 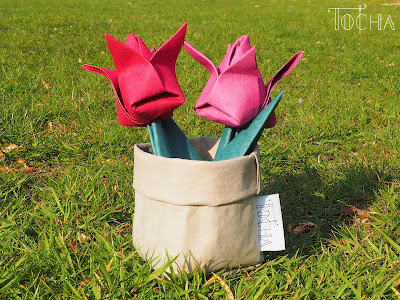 I made two tulips with stems for a start and then I needed some way to display them. Thr original instruction shows that tulips should be able to stand on the flat surface. But flowers made of washpapa are heavier and the top of the flower was weighting it down.

I had different ideas, but eventually I decided to go back 'to the roots' and make probably the most popular thing that has been made of washpapa - a pot. 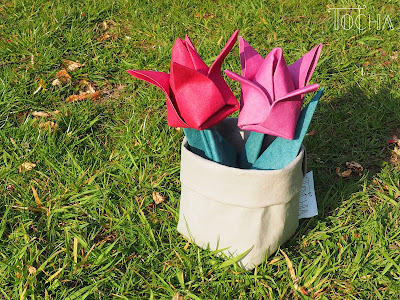 I made a similar pot in the past to keep all my keys handy and tidy in our hallway, so it was only a case of measuring and not making it too big for my tulips.

I think they would make a great gift as an alternative to traditional 'fake' flowers, or even for real ones! 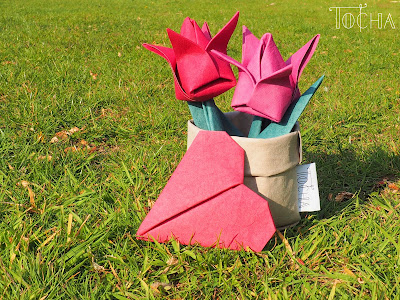 Encouraged with the success of my first origami work, I decided to try this quick heart instruction. It turned out well too. I used some glue to keep it flat (I know, not a very 'origami thing', but it is also not traditional paper). I am thinking of turning into something useful like a bookmark or maybe, after adding couple of eyelets, it could even be a necklace. What do you think? 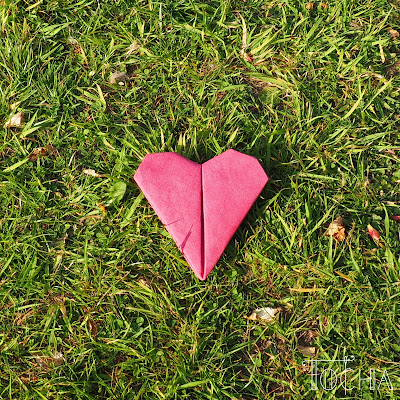