Ostara the Angel of Easter

Do you believe in angels?
Well, there is no doubting the existence of our Ostara. 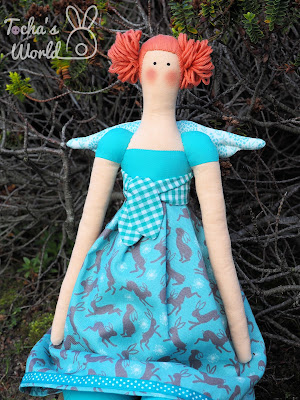 Appropriately, she arrives just in time for Easter, a festival named after the goddess of the same name and for whom we have to thank for the Easter Bunny and Easter eggs. 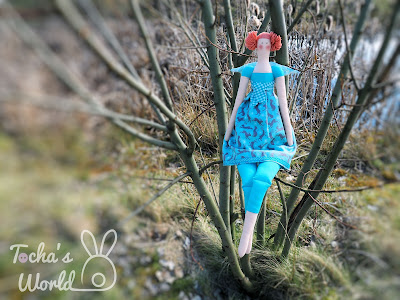 Easter bunnies dance in a sea of blue in our Ostara’s favourite dress and, like many angels of the north, ginger curls wave in the wind as she stands tall among the clouds and swaying trees. 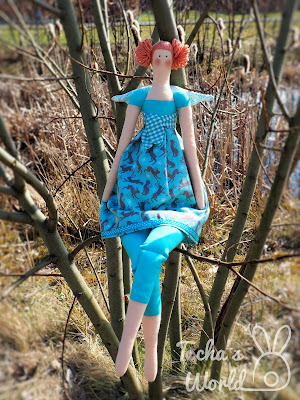 According to the myth, the goddess Ostara found a little bird with wings frozen in the spring snow. As he could no longer fly, she turned him into a snow hare so he could run fast enough to evade the evil hunters. 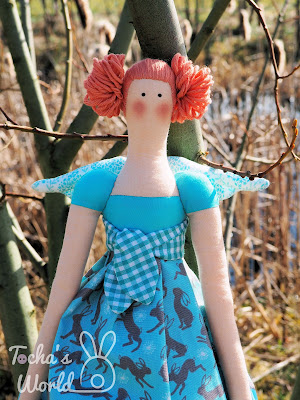 However, she also gave him the ability to lay eggs like a bird - and in all the colours of the rainbow - and to return to earth once a year to give them to the world’s children. 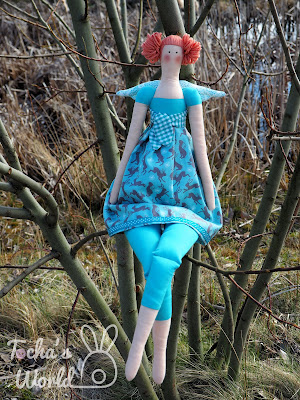 Our Ostara doesn’t have the power to turn you into a hare who can lay colourful eggs - not even chocolate ones. However, she is an angel who still has her wings and does have the power to charm you with her rosy cheeks and long, slender legs. 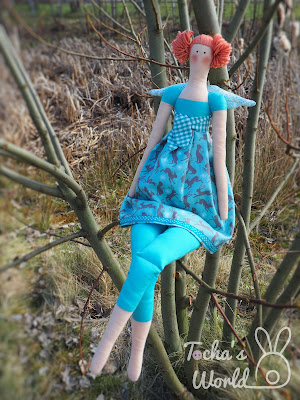 P.S.
Ostara's hair of yarn is thanks to Fair Trade Fabric as it was won as a prize in a Fair Trade Fortnight competition on the company's Facebook page. She would also like to thank Lewis & Irene and Fair Trade Fabric for the other cotton materials. 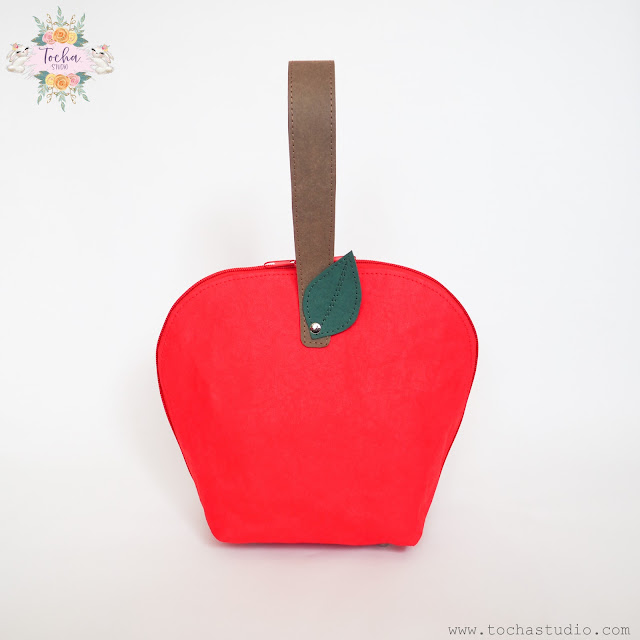