Our next foodie destination was actually a supermarket with health food - Veritas. One time we had dinner in our apartment. I was probably too hungry to take any photos that day and now I don't even remember what we had. I have to mention that we were making our own breakfast every day and those even included fried mushrooms and seitan. Well, we needed big breakfasts to do all that sightseeing ;)

Veritas is vegan friendly and one can find there a lot of  'fake meat and cheese' stuff. We brought some burgers and schnitzels with us home. Not everything was so good that I would buy it again if had a choice. But still... the choice of vegan stuff in the fridge was quite impressive anyway. They have also a bakery, from which the baguette with olives was just delicious. We ate most of it in a metro on our way to Sagrada Familia ;)

One of the closest veggie places next to the our apartment was the Cat Bar, which is actually vegan. The only problem was that we had to wait until 6pm because this is opening time and that is a bit late for me because I like my dinners earlier. But it is a British pub type place so probably there is no point for them to open earlier. They have quite good selection of different beers, unfortunately none of us is a big fan of beers. I can appreciate a cold beer only during the hot summer. That time I just ordered a cinnamon tea ;)

I was very impressed with their soup. It was tomato soup, but I almost could taste something like cheese in it. It was a very nice combination, no matter what it was. Burger and chips (very British chips by the way) were a very filling combo and I was struggling to finish everything. Good food, definitely! 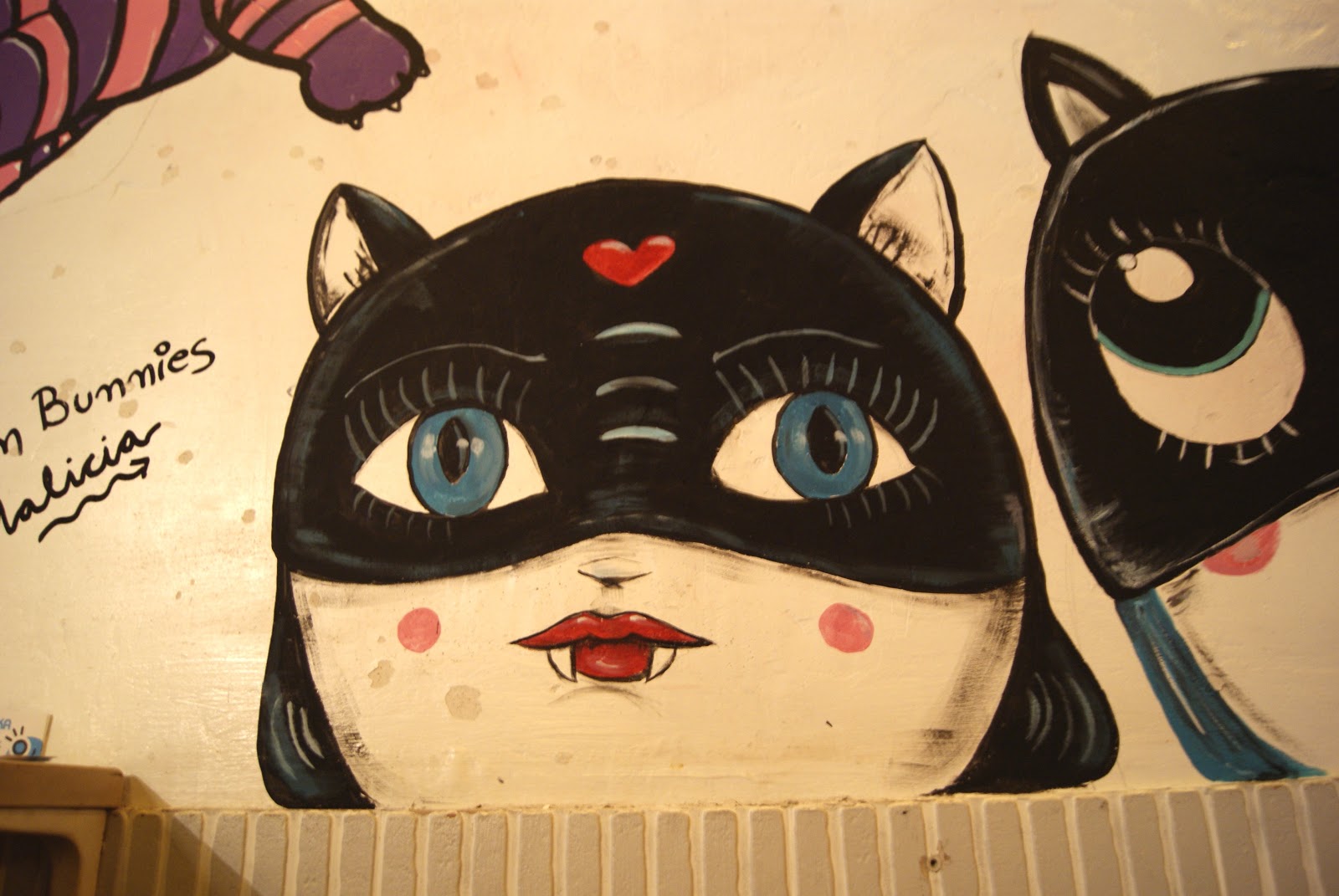 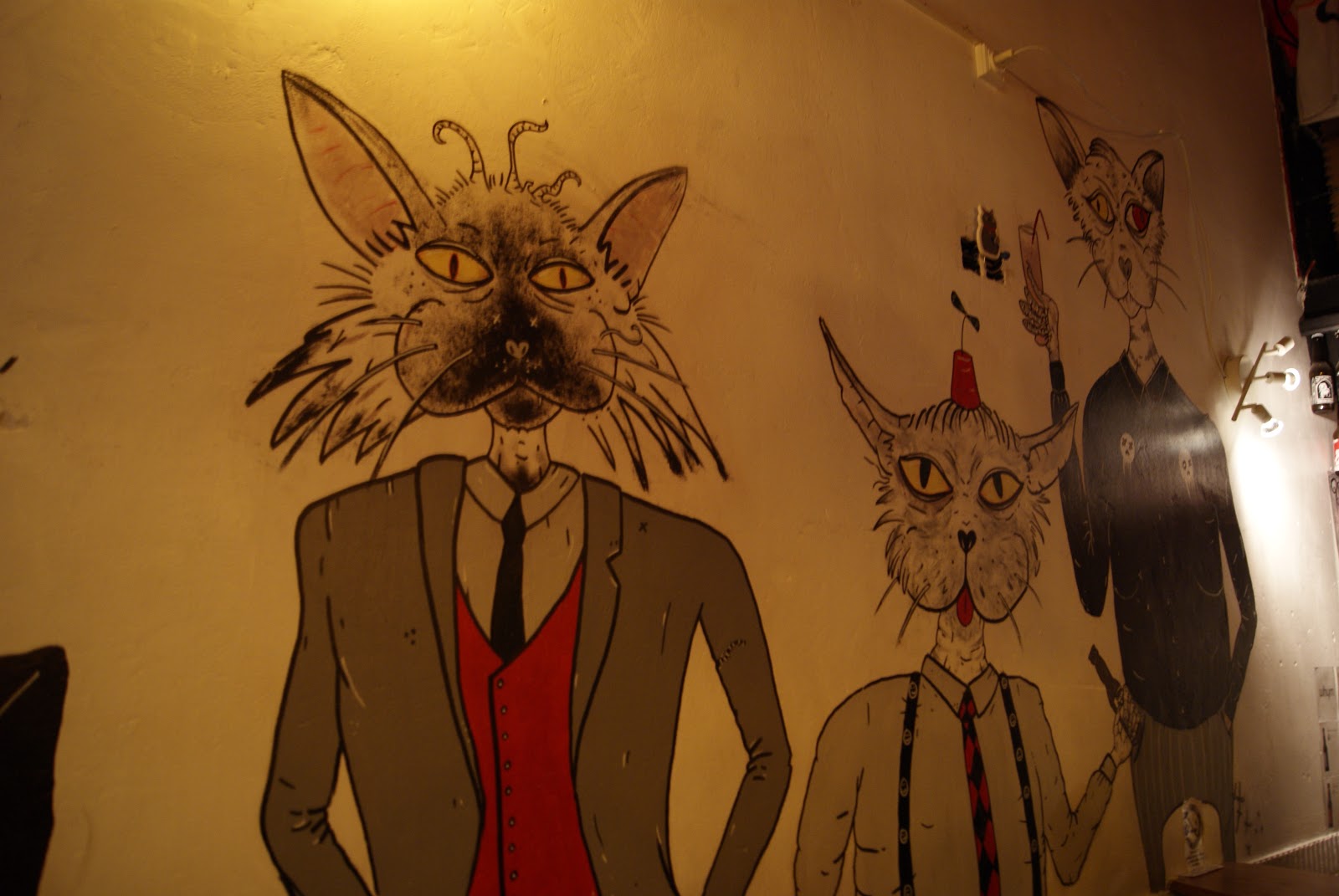 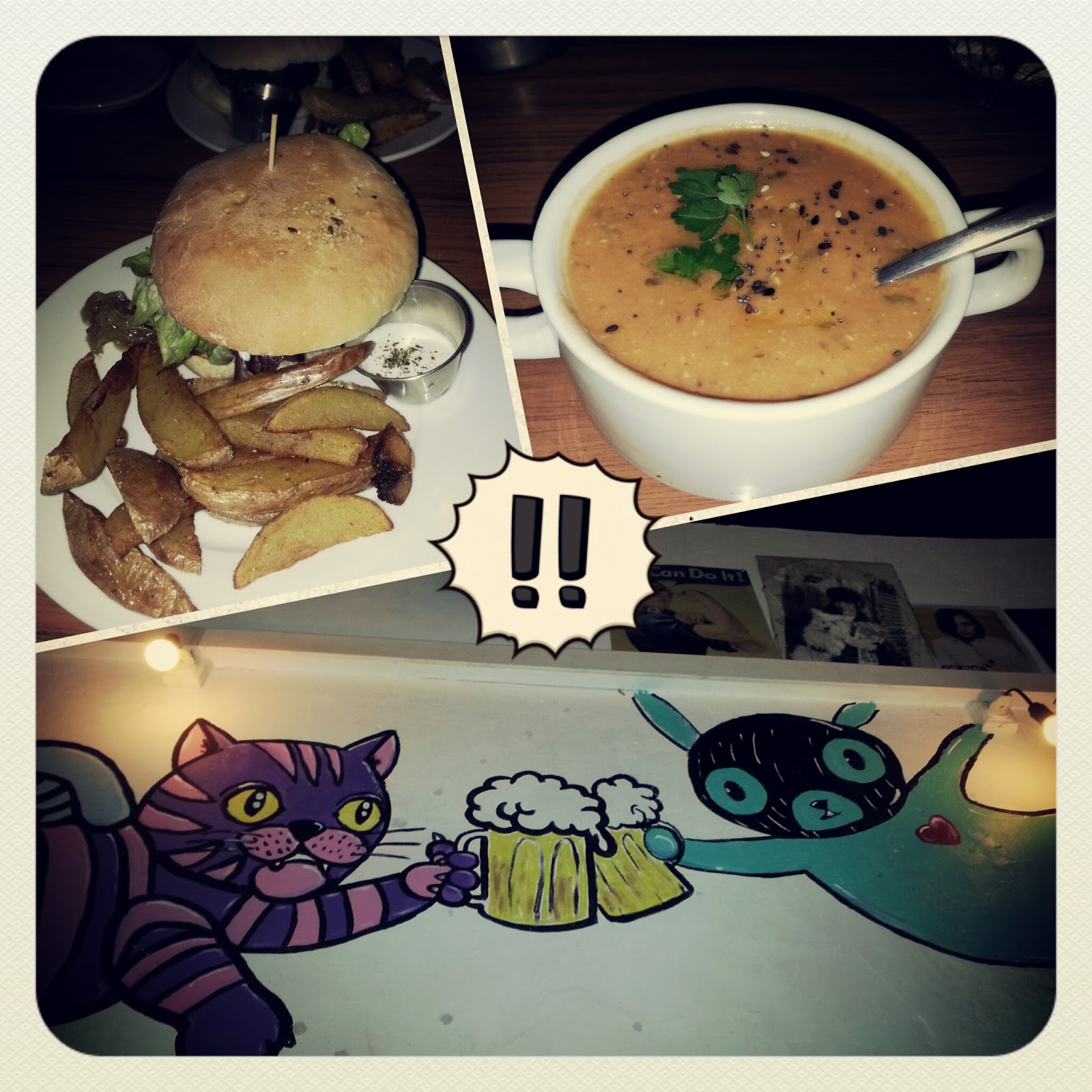 Another day we ended up in a vegetarian restaurant with vegan options. Unfortunately there weren't many vegan meals to choose. I remember that I was little bit disappointed that I had to order a burger again (look at the photo above, yes, burger again). But It was more healthier option. With rice and without roll. I just wanted to try something else and not to stuff myself with rolls every day. I enjoyed the salad and I finished my meal very quickly ;)


After dinner, we went to the vegan deli place that we saw on our way to Vegetalia. It was almost next door. It had a big selections of vegan doughnuts, cakes, burgers (yes, burgers again, but choice was much bigger and EVERYTHING was vegan). So we took some doughnuts take away (no photo, sorry) and we ate some cake straight away as a dessert after dinner. I love chocolate cake but have to admit that Clive's choice was better than time.
We went back to this place another day for burgers, chips and salad. But it was take away and we ate that on our way to a party, so I didn't manage to take any photos. I believe that, after so many photos of burgers so far, you can just imagine one :) They offer meals at very attractive prices and a roll for a burger is optional. There were also different types of sandwiches, but unfortunately we didn't manage to go back to try any of them. 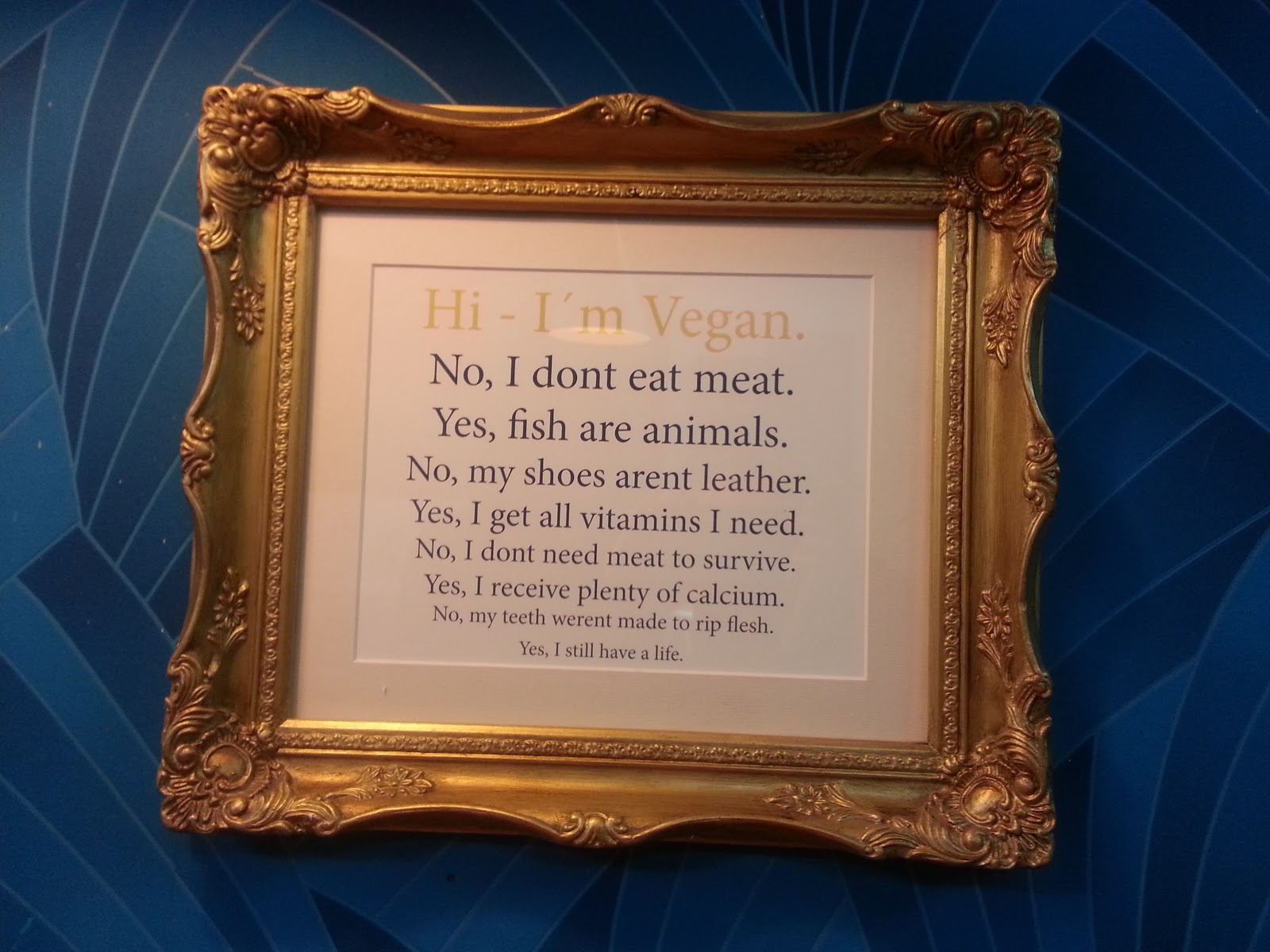 I think I will continue in the next post as I have some more photos to add...