First place that we visited was Teresa Carles-cocina vegetariana. The first thing that you see next to the entrance is a counter that looks like vegetable shop, with baskets of fruits and vegetables everywhere. They use all of them to make fresh juices.

It has a nice atmosphere and was very busy - we were lucky to find a table as we had not booked ahead. Not all the food was vegan, but we were given a menu in English, so it wasn't difficult to choose the suitable dishes. The lasagne was probably one of the best or even the best that I have ever eaten in my life. Really delicious. But, for me, the portion was a little bit too small. I like full plates ;) We always share meals, so I also tried the black rice risotto and it was very nice too.


In this veggie restaurant, surprisingly, there were two vegan desserts. Usually there is one if you are lucky. Two is a optimum for us because we can order one each, share and try more than one thing.
It was the first time that I have tried a chia seeds pudding. It had a very interesting flavour - delicate. I will have to make something similar at home. Need to buy chia seeds...


When the cake arrived, I was a little bit disappointed. It looked like it would be justan  ordinary, dry cake that would need a lot of tea or coffee to be processed and swallowed ;) I was wrong. Clive wasn't impressed with the cake (he doesn't like 'chocolaty' food), but for me cake was excellent. Not dry at all, it just melted in my mouth...

It was supposed to be only our lunch, but it was three courses, so we actually ended up eating two dinners at that day. Later in the evening, we went to Juicy Jones. This place is 100% VEGAN. It wasn't as 'posh' and had a 'hippie' atmosphere, with wall paintings, no tea or coffee available only hundreds of juices, smoothies, etc. And of course food, food, food. 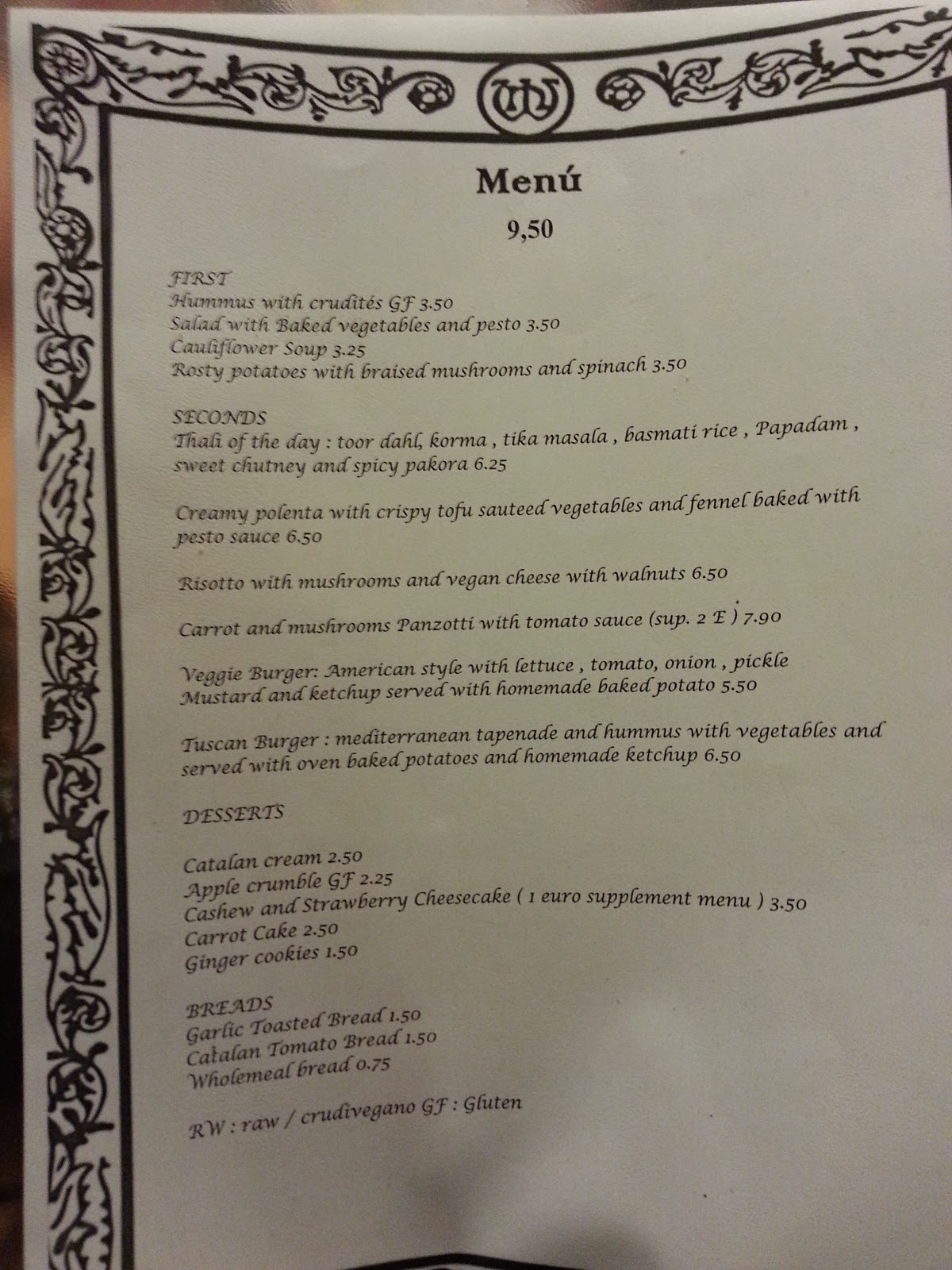 It was a very good deal, a three-course meal for 9.50 Euro. Hence why we ended up eating a second dinner. You only live once, so we had to try all those goodies (and it was the only place we ate in twice during the week). 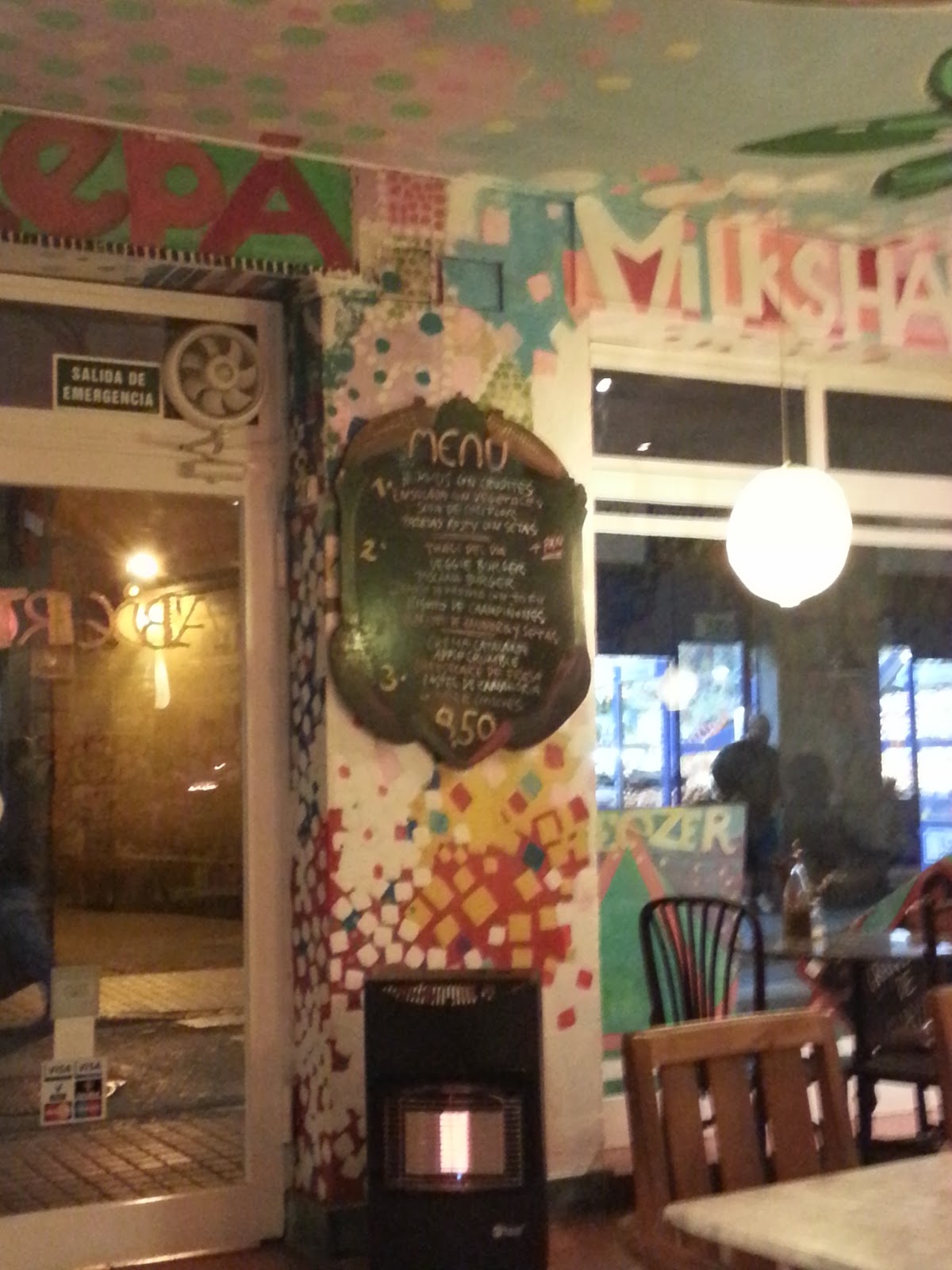 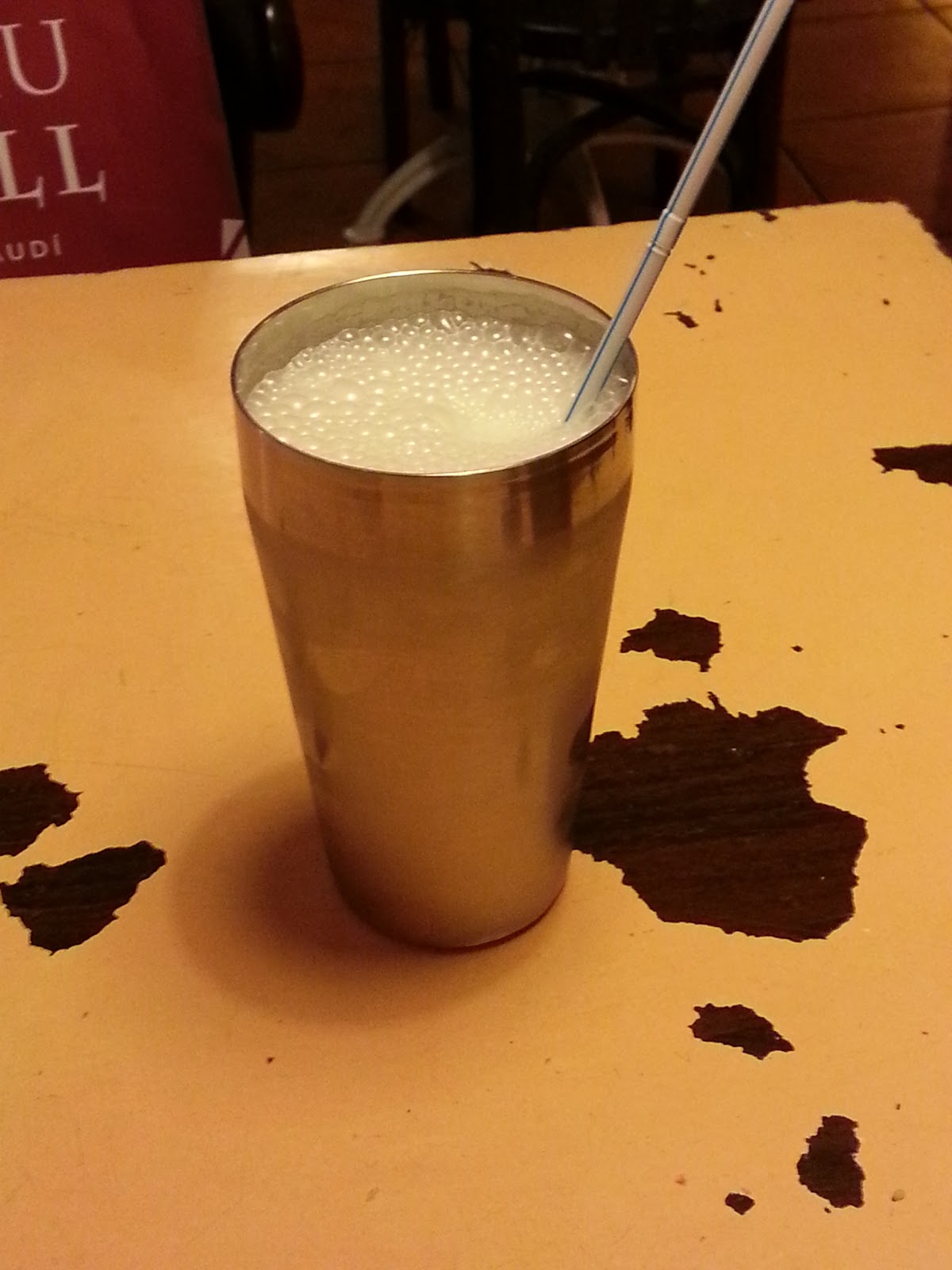 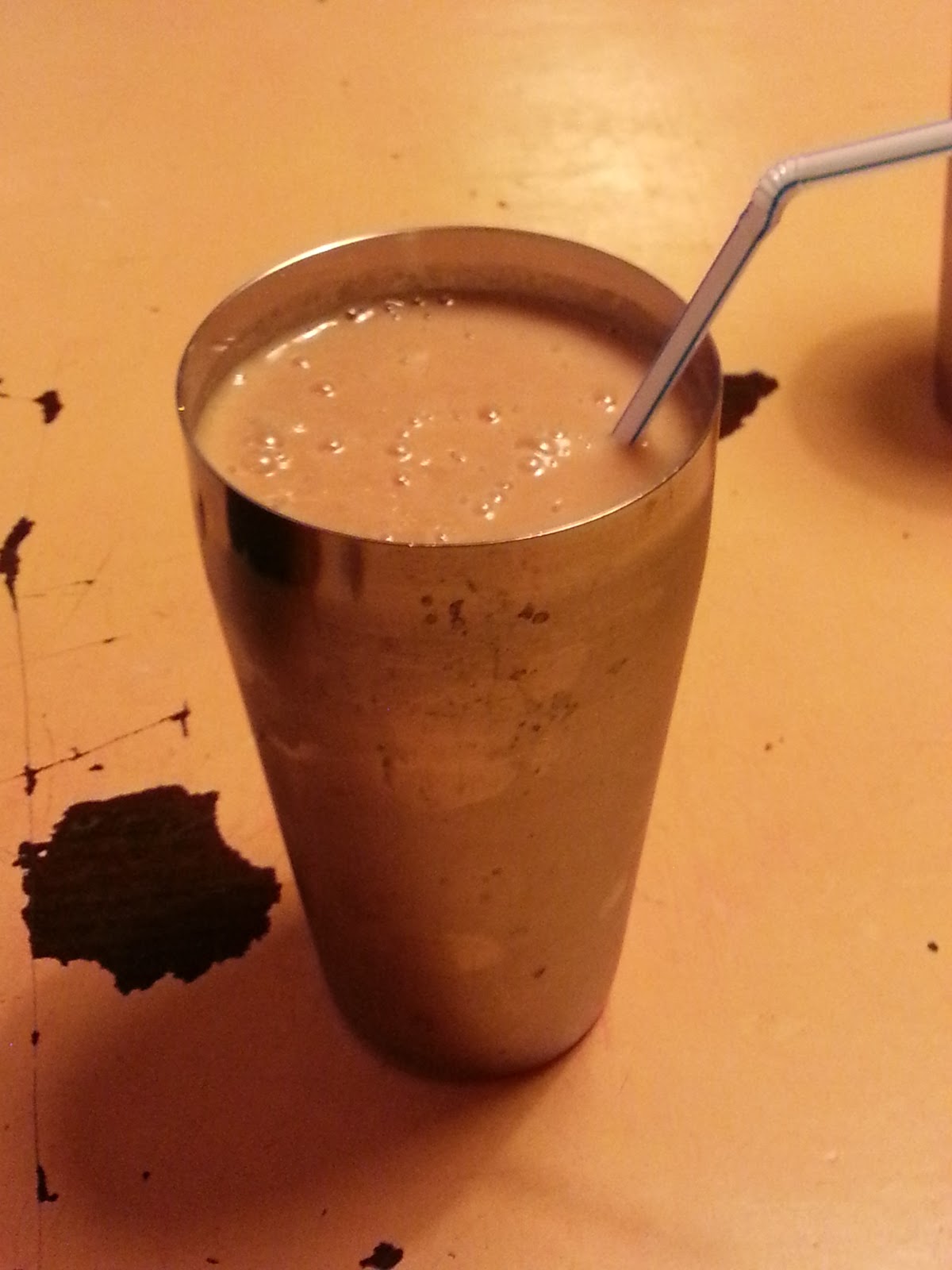 Vegan smoothies... On the left is Strawberry Merry. Don't remember the name of the other one, it was something with banana I think. 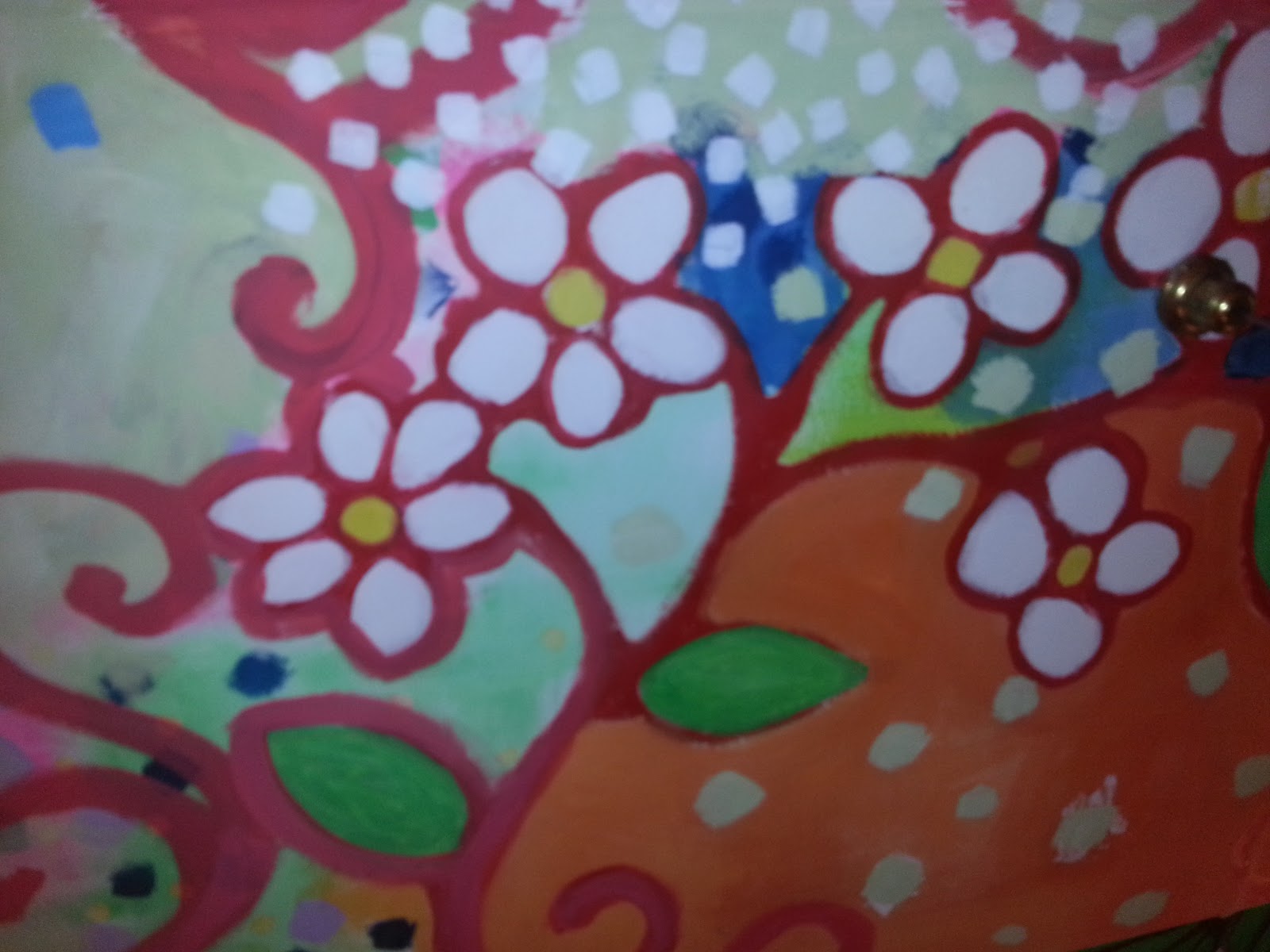 Clive thinks it is the best cheesecake he has ever tasted (apart from the Roman Cheesecake he has a recipe for at home!). The sauce was very tangy and cheesy bit nice and chewy and thick. He doesn't usually like biscuit bases, but he even liked this one.

Barcelona is famous for its shop shutter art as you can see below.

I don't want to squeeze all the photos and descriptions into one post, so I'll continue our 'vegan-Barcelona experience' in the next one. Yes, this was only the first day, but don't worry, I will not describe all seven days separately! However, I have other interesting places to show you.